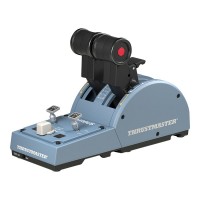 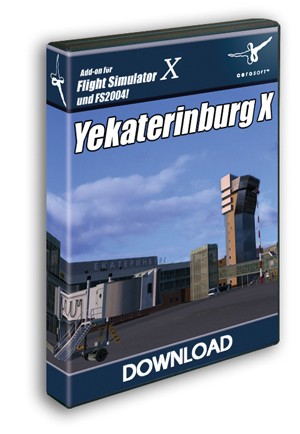 Yekaterinburg (also romanized into Ekaterinburg) has 1,4 million inhabitants and is the fourth largest city in Russia. It is located in the central part of Russia, close to the Ural mountains. It's an old city, founded in 1723, known to many as the place where the last Russian Tsar was killed after the Russian revolution.

Like this whole region it has very severe winters with temperatures down to -40°C and even though summers are generally very nice it has a yearly average low of -1°C. You will understand getting the snow coverage right was important for this project.

As far as we know its airport was never covered in some detail for FS and we are glad to be able to extend our coverage of Russia with this great airport. This first release is for FS2004, an FSX version will follow soon and it will be a free download for people who bought this FS2004 version.

Conclusion by simFlight.com:
"If you’ve never had a reason to fly in Russia you have one now. The developers have taken this airport that was forgotten in FSX and turned it into one that you ‘ll want to have as a regular destination."

Conclusion by Aerosoft Sim News (ASN):
"It's a beautiful airport made with great detail that improves from the default FSX scenery. It's in an area of the world that's not usually covered by other add-ons. You don't have the risk of getting a redundant scenery or any incompatibility with other add-ons. It’s also in a place that is perfect to make connecting flights between Europe and eastern Asia. With a price around 18.00 € ($23.38 USD as of this writing). It's a scenery that I highly recommend that you buy. Even if you are not a fan of Russian aviation it's a lovely airport to use in your international flights."